The monumental Beatles fan I am, the moment I got to Liverpool, England, was the moment I made sure I got myself to all 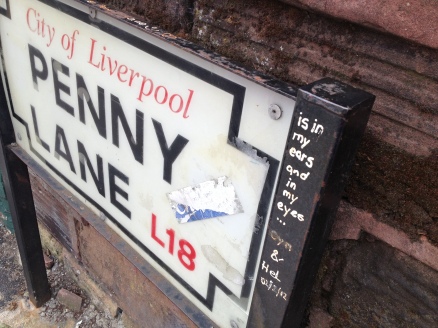 Verse #1:
In Penny Lane there is a barber showing photographs
Of every head he’s had the pleasure to have known
And all the people that come and go
Stop and say hello

Now, in my travels on Penny Lane, I found 2 barbershops, neither of which were manned by men and in neither of which did I see the stylists making any significant efforts at conversation or photographic evidence of past clients. 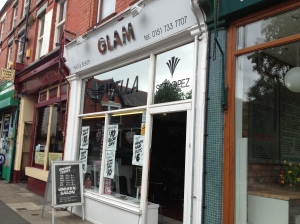 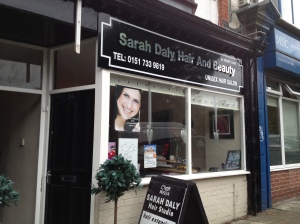 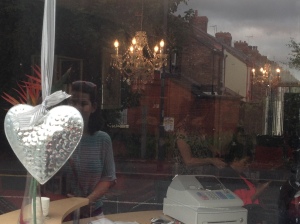 Verse #2
On the corner is a banker with a motorcar
The little children laugh at him behind his back
And the banker never wears a mack
In the pouring rain, very strange

In my travels on Penny Lane, I saw no bankers or banks, children or laughter, however, I did see this establishment: 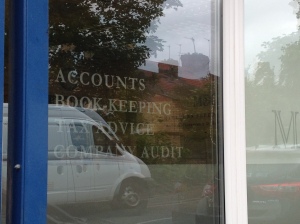 Chorus
Penny Lane is in my ears and in my eyes
There beneath the blue suburban skies
I sit, and meanwhile back

During my reconnaissance mission to Penny Lane, I was able to both qualify and disqualify certain aspects of this chorus. When McCartney refers to “blue suburban skies,” I was able to confirm, through my research that, yes, the skies are, indeed, suburban, but blue? Not so much. They appeared, at least while I roamed the street, to be more on the grayscale of the color palette. Photographic documentation: 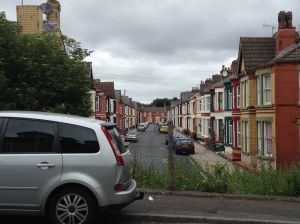 No firemen or fire stations seem to be in operation on Penny Lane in 2013. More research will be done as to the existence/operation of a fire station ca. 1967 (the song’s release).

Chorus #2
Penny Lane is in my ears and in my eyes
A four of fish and finger pies
In summer, meanwhile back

I was able to find several cafés on Penny Lane during my travels, however, none sold either fish or finger pies, which I found curious because, in my opinion, wouldn’t at least having those items on the menu entice Beatles’ fans to fulfill the song’s lyric? Very questionable. 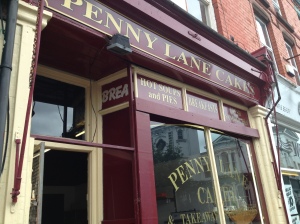 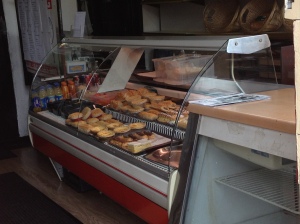 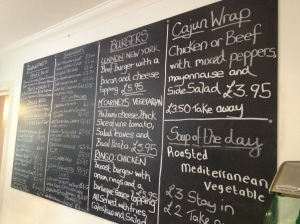 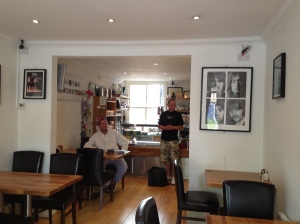 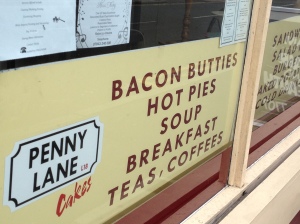 Now, here is where  McCartney and the song descend entirely into what I imagine to be hearsay or blatant conjecture:

Below is, essentially, what Penny Lane looks like now. Can you tell me, honestly, that you can surmise all of that from this? 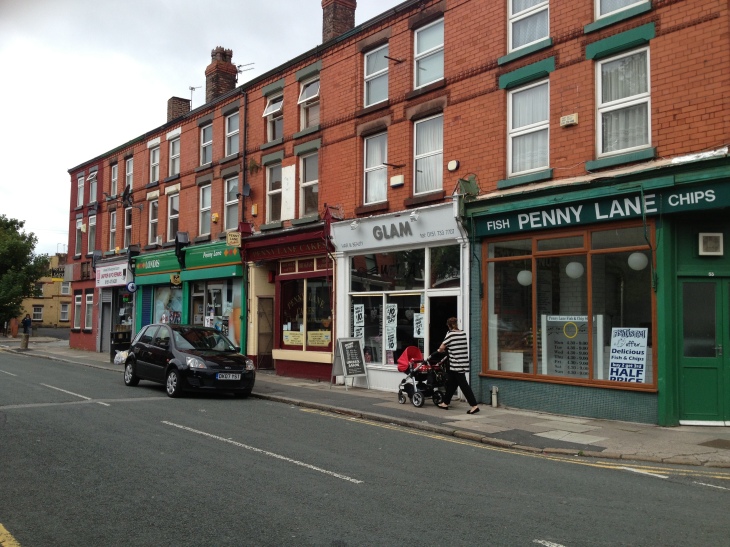 These are the kinds of observations and details that could only be made by a local, and it is only because of McCartney’s Liverpuddlian roots that I don’t immediately dismiss this entire song as fiction or flawed, lazy reporting.

**All my musings must be read with the knowledge that I only spent one afternoon on Penny Lane, and therefore did not see everything that may or may not potentially exist on the street in its current state.**